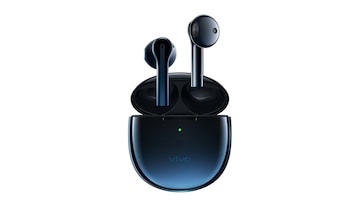 3. Realme’s new smartwatch might beat Fitbit’s devices. The Realme Watch is another affordable device at only Rs 3999, and it resembles the Fitbit Versa, which costs more than twice that. It has a 1.4-inch screen with a heart rate monitor, blood oxygen level monitor, and tracking for 14 different sports. Most its features seem aimed at fitness, so we’ll have to see how good it is for lifestyle features, although it has notification and music handling.

7. Google may acquire stake in Vodafone Idea.An investment in Vodafone Idea will pit the US internet giant in a battle against the Facebook-Jio combine for the world’s fastest-growing mobile market, according to the Financial Times, which first reported the news.

8. Techies, government will pay you up to Rs 4 lakh to ‘improve’ Aarogya Setu app.

9. Samsung might release a new Galaxy Watch soon. The listing does let us know that the two watches will have the model numbers SM-R845 and SM-R855.

10. Oppo releases ColorOS 7 (Android 10) update to its phones in India.

The Truth of India

The Truth of India

Start a Blog at WordPress.com.